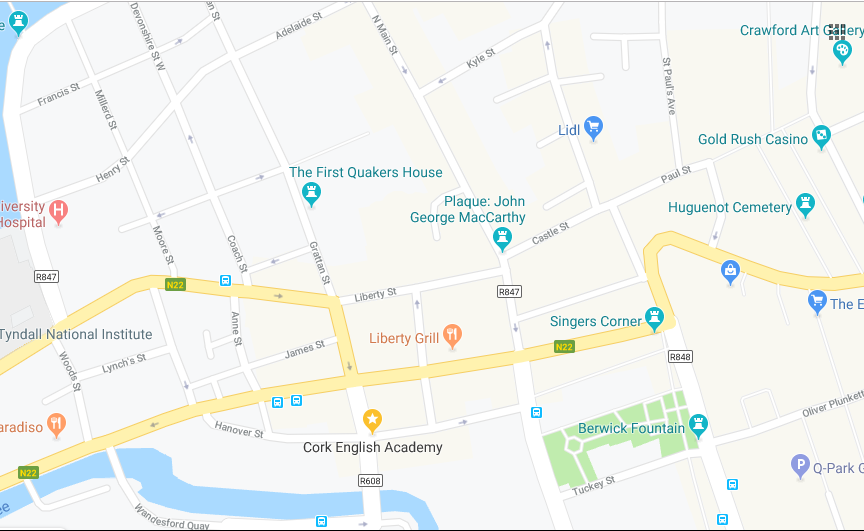 Many of our students say they decided upon Cork city as a study destination because they wanted to live somewhere different and break away from the norm of studying in the bigger cities. The city has a population of 190,000 people and offers a unique, charming and friendly welcome to all who walk its streets and visit its many attractions.

The city is listed as one of the top ten places to visit in the world according to the Lonely Planet guide which says Cork “. . . has always had an unshakable self-confidence and innate sense of pride”

Cork has always been a major centre for the arts in Ireland but, since its designation as European City of Culture in 2005, the city has upped its game significantly.  The calendar of major festivals hosted in Cork throughout the year caters for all tastes, with events in performance and visual arts, choral singing, comedy, film, folk music, jazz, literature, writing, and traditional music, to name but a few.